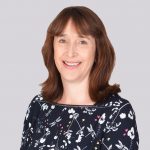 World Mental Health Day is observed on 10 October every year, with the overall aim of raising awareness of mental health issues around the world and creating positive changes that support and improve mental health. The day provides an opportunity for employers to add to the wider conversation that will be taking place on social media, television and elsewhere. It’s a great opportunity to engage your organisation in the work that a lot of organisations are already doing to address mental health stigma in the workplace.

Why do employees feel that they can’t talk about their own mental health at work?

Stigma around mental health remains a key issue in the UK. In a survey of UK adults, 56% said they would not hire someone with depression even if they were the best candidate for the job.

A quarter of people have considered resigning due to stress.

35% of people think they would be less likely to get promoted if they had depression.

What is the cost of poor mental health among employees?

It is estimated that poor mental health among employees’ costs UK employers £42bn – £45bn each year. This is made up of absence costs of around £6.8 billion, staff turnover costs of £8.6 billion and presenteeism costs ranging from £26.6 billion to £29.3 billion.

Employees might be worried that they might not be trusted with work if they were to disclose a mental health issue, or that they might be passed over for promotion. Employees might be apprehensive that colleagues or managers won’t believe the extent of the issue and think they are faking their illness or being lazy. With the average British person spending just over 1800 hours a year in work, an environment where a great number of people feel uncomfortable talking to their employer or colleagues about their mental health prevents those staff from truly being themselves, open and honest for more than 35% of their waking hours every year.

WMHD plays an important role in communicating to staff that awareness and open conversations around mental health are integral to addressing mental health stigma and support our wellbeing at work.

How can employers and employees do this?

Check in with colleagues – it’s simple and effective.

A person is likely to say I am fine on average 14 times a day in response to “how are you?”. This has been particularly prevalent in recent months while remote working, with fewer opportunities for face-to-face interactions and being limited to digital forms of communication. There’s also a danger that we might minimise our own mental health and wellbeing in times of crisis. Asking twice encourages us to break this ‘pleasantry’ barrier to show real care, concern and value towards one another.

Spread the Ask Twice message across your organisation and raise awareness of mental health stigma.